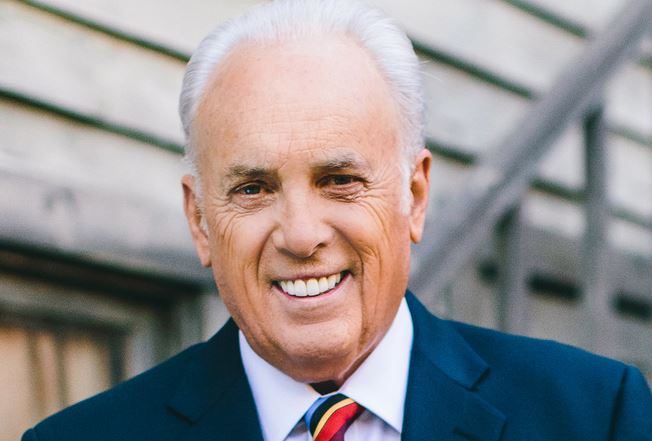 John Macarthur is a Christian pastor who is known internationally for his radio and TV programs. John Macarthur is famous as a popular author and conference speaker. John’s long career is preaching centered in the Grace Community church in California. John has been recognized by many as one of the most important preachers of the times. Christianity Today, an international Christian magazine, has also backed the influential status of John Macarthur as among the most influential preachers of the current times. His preaching has soothed many hearts. The words coming out of his mouth has brought many again in the folds of Christianity. John, though pastor of Grace Community is revered all around the US and beyond. His conferences are attended by multitudes which is the proof of the effect of his words on people.

John Macarthur was born on June 19, 1939 in LA, California, US. Judging from this, John Macarthur age is about 82 years. His early education is from California and later he attended LA Pacific College for his Bachelors. John completed his ecclesiastical education from Talbot Theological Seminary in 1977. His career revolved around the same lines and he has worked since then under many titles. Broadly speaking he has worked as a writer, seminary, minister, broadcaster. His latest denomination is Chancellor Emeritus of The Master’s University in Santa Clarita, California, and The Master’s Seminary in Sun Valley, California.

John is not the only pastor to come out of his family, he belongs to a notable Christian family. His grandfather was minister Harry Macarthur, his father was Baptist radio preacher Jack Macarthur. Besides that John also claims to be a relative of US army general Douglas Macarthur. In short, he belongs to an important family of notables both in worldly and heavenly concerns.

John Macarthur gained wider recognition from his frequent appearances on Larry King Live. He was a frequent guest as representative of evangelical Christian perspective. His advocacy of the said perspective won him great support among its adherents.

John has earned a reputation of being outspoken on certain topics. His views are very open against same sex marriages, female pastors and social justice movements. His views have made him at the forefront in the face of certain conspiracies. Most recently, during Covid 19 pandemic, Macarthur has rejected the existence of any pandemic and hasn’t followed many of the health advisories. He insisted that no one from the church fell ill. But later he admitted that many people got sick with Corona virus.

John Macarthur has also made his name among the notable authors. Up till now he has written or edited more than 150 books. His most famous being the Macarthur Study Bible, which has sold more than 1 million copies. For its exceptional success, it received a Gold Medallion Book Award. John Macarthur books list is rather long but we have compiled only a few of them.

John Macarthur is available on Youtube on his channel by the name Grace to You. His sermons are routinely posted there. More than half a million people has subscribed to his channel and the views on his videos are usually in hundreds of thousands. Pastor John Macarthur Youtube channel is a source of salvation for those who cannot attend his conferences due to any kind of reason.

John married Patricia Macarthur in 1963. The couple has 4 children. 2 sons and 2 daughters. Now that their children are all married, John Macarthur is grandfather to fifteen grandchildren. Recently he became great grandfather of two.

John Macarthur is a famous pastor, seminary and chancellor. This American pastor’s total net worth is around 15 million dollars, most of his earnings are because of him being an author and others through fixed salaries from being a pastor, teacher, and chancellor. As he has been a teacher and pastor for more than 50 years, these are all he earned mostly because of his books. John MacArthur and his family preside over a religious media and educational empire that has over $130 million in assets and generates more than $70 million a year in tax-free revenue. Due to this, he has been criticized given his anti- prosperity stand.

Reverend John Macarthur salary is more than 300k dollars a year from GTY and TMUS. On top of that, MacArthur also took a salary from Grace Community Church that was “well within the upper-medium range” for California church employees.

John Macarthur is the owner of 3 homes. Two in his native state of California and one in Colorado. Homes is a rather submissive word because these are luxury by all standards. The combined John Macarthur house worth is in millions of dollars.